Jamil Kadoura emigrated from the Middle East to the United States and studied business management at the Minnesota School of Business. Afterward, he began working in the Food and Beverage industry. He transferred to North Carolina and worked his way up to the position of Food and Beverage Director, the highest position in the industry. With the support of his wife Angela, Jamil followed his lifelong dream and opened up his own Deli in 1992.

I started out my career in foodservice as a 7th grader helping a struggling falafel pita stand outside my beloved United Nations school in the city of Qalqilya in Palestine. I would wait anxiously for the recess time to help Mr. Majed (the falafel stand owner) fill falafel and hummus sandwiches with many different fixings. Mr. Majed would give me a falafel for helping him. Sometimes, I would go home after school smelling like falafel, and my mom would ask why. I would tell her that I had been helping Mr. Majed. I’d tell her that cooking is fun. She would say, “You don’t want to be a cook. You want to be a teacher or doctor. “Cooking is for women.”

I come from a family of sixteen and two wives. When the 1967 War started, I was seven years old. I lived in a refugee camp near the city of Nablus called  Rafedya. I immigrated to the U.S. in 1982 seeking education. I worked in the hotel and restaurant business starting as a dishwasher and getting one promotion after another. Eventually, I became the Director of Food and Beverage in hotels (the highest position in the food business in hotels). It had always been my dream to open my own restaurant, and I realized that ‘This is the time!’

It was then I believed I had the full experience necessary to open a restaurant. My wife, Angela and I  opened a small deli on Franklin Street in Chapel Hill, NC with 12 seats and a six-foot deli case. My msister Nabile and my mom Ayshi (62 then) helped us with the cooking. The first wedding reception I did was at the Horace Williams house. My sister, other employees and I were serving and my mom,  Ayshi, was in the kitchen cooking. Every now and then, she would peek from behind the door and ask, “What are they saying about the food?” Every time I would walk in the kitchen, she would say the same thing. Every time I go there now, I see herface in the kitchen.

Mediterranean Deli is located on West Franklin Street in Chapel Hill, NC. Founded in 1992, Mediterranean Deli, Bakery, and Catering offers a wide variety of delicious Middle Eastern foods. Over the years, the business expanded greatly. Having started off as a small falafel shop that sold only yogurt, hummus, baba ghannough, stuffed grape leaves, and tabouli in the deli case, Mediterranean Deli now has over 63 different items in our deli case and a fully operational bakery. Our latest innovation is gluten-free pita bread, which took more than a year to perfect. Some of our business highlights include: Featured on the Tarheel Chef’s program, a TV cooking show that was sponsored by Hardee’s; featured on Carolina Weekly in a segment about the healthy attributes of the Mediterranean Diet; included among the cooking school classes at A Southern Season, and finally we were featured in the Orange County Health Department’s video on health standards.

Living in a refugee camp helped me to see how community support is so important to those in need. It also made it clear to me how dedication to the local community and to larger charities like the Red Cross (who facilitated the camp in which I lived as a child) is so necessary to live a fulfilled life. It was something to which I wanted to commit myself. Consequently, I have always had the urge toconnect with my community. 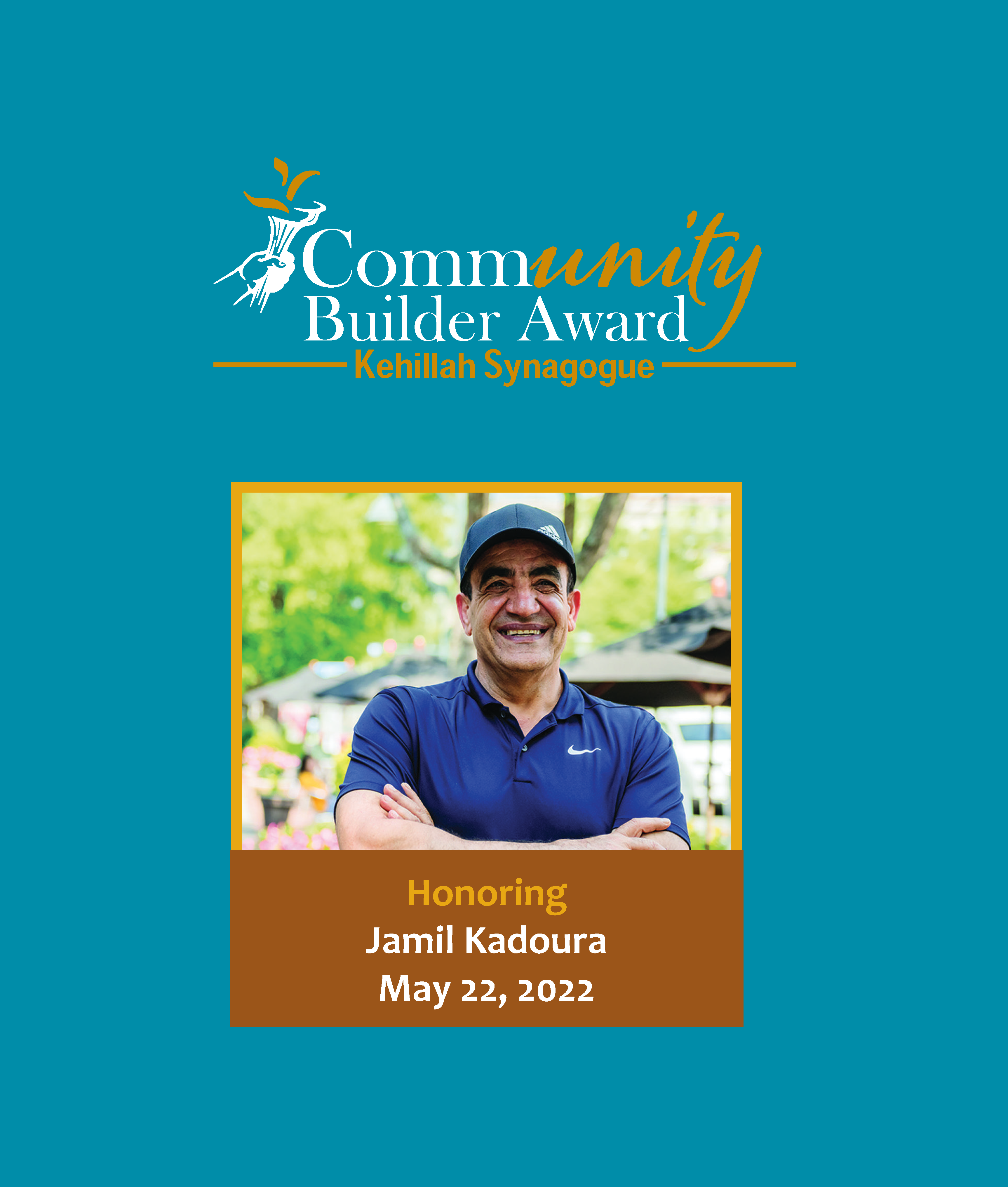